There has never been a better homemade cinnamon roll recipe than this one. You can quickly get your hands on some of the best cinnamon rolls ever. But, this will be the last recipe you ever need! It is not rocket science how that incredible dough transformed into cinnamon rolls! They manage to be both fluffy, silky, and sticky. When they’re still warm, you can practically dissolve them in your mouth. They are seriously irresistible! I could eat this entire thing myself! 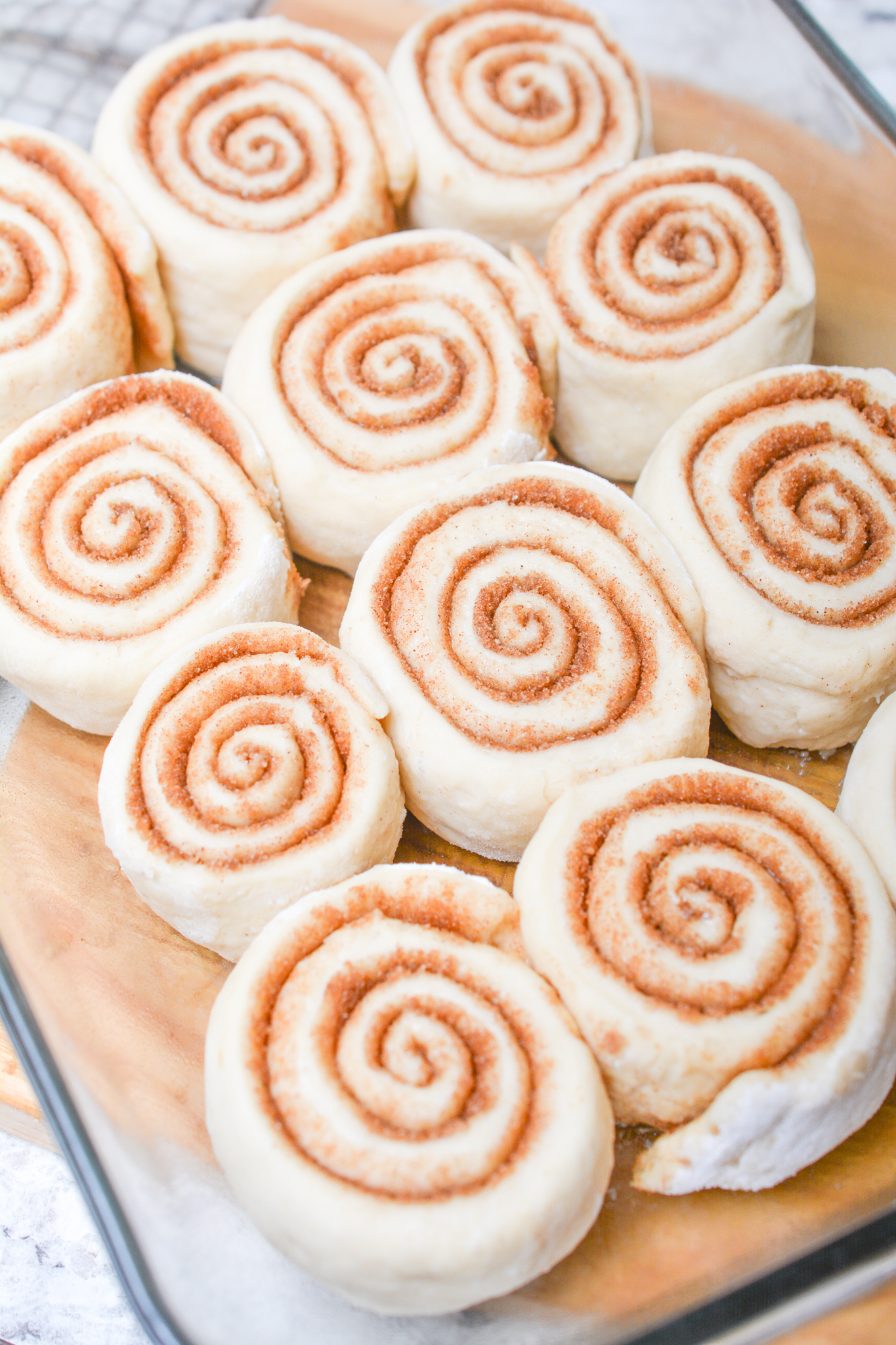 The best homemade cinnamon rolls you’ve ever had! 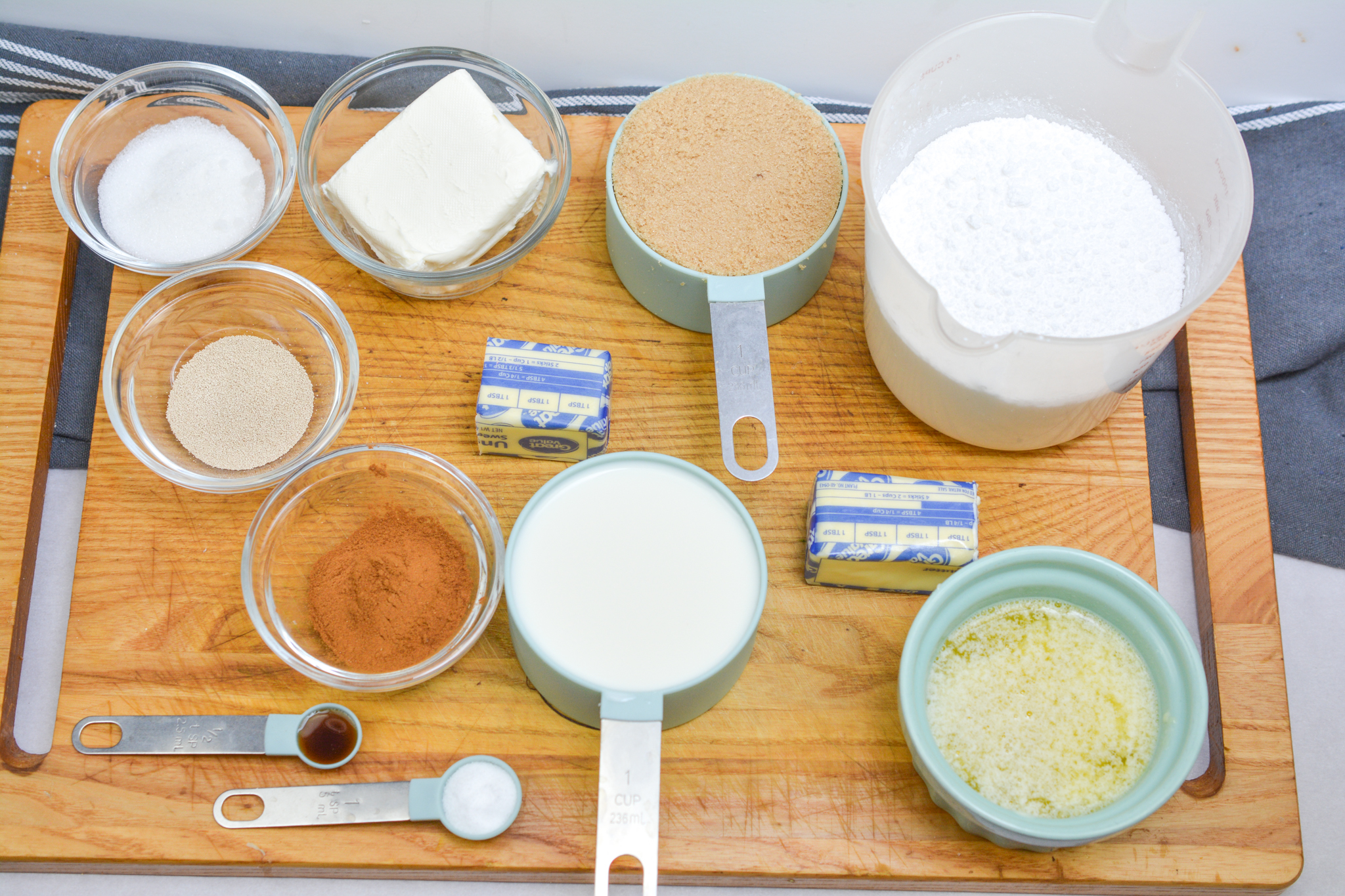 To make the Dough:

These homemade cinnamon rolls have been a crowd favorite! They are easy to make and always come out amazing! 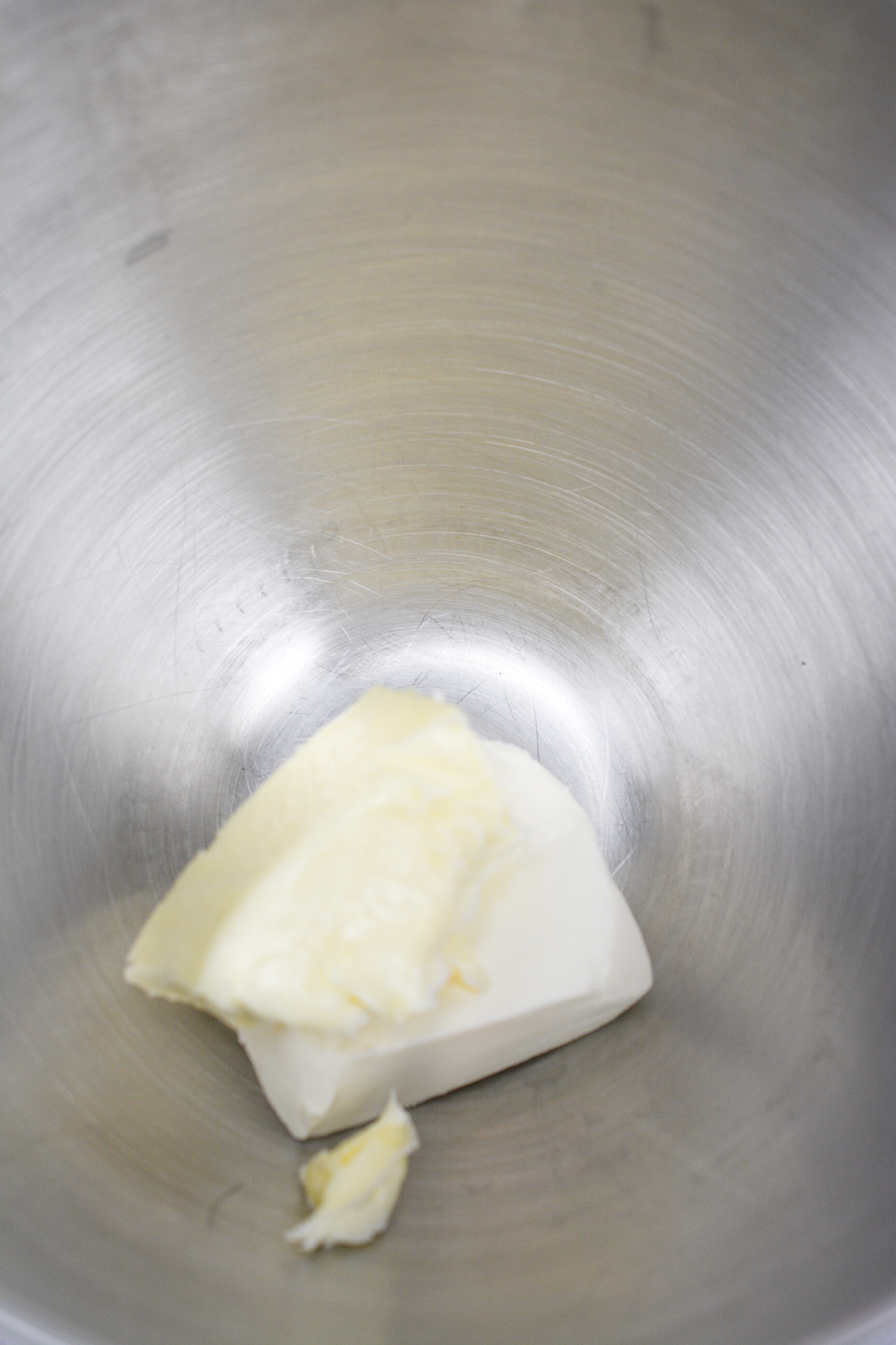 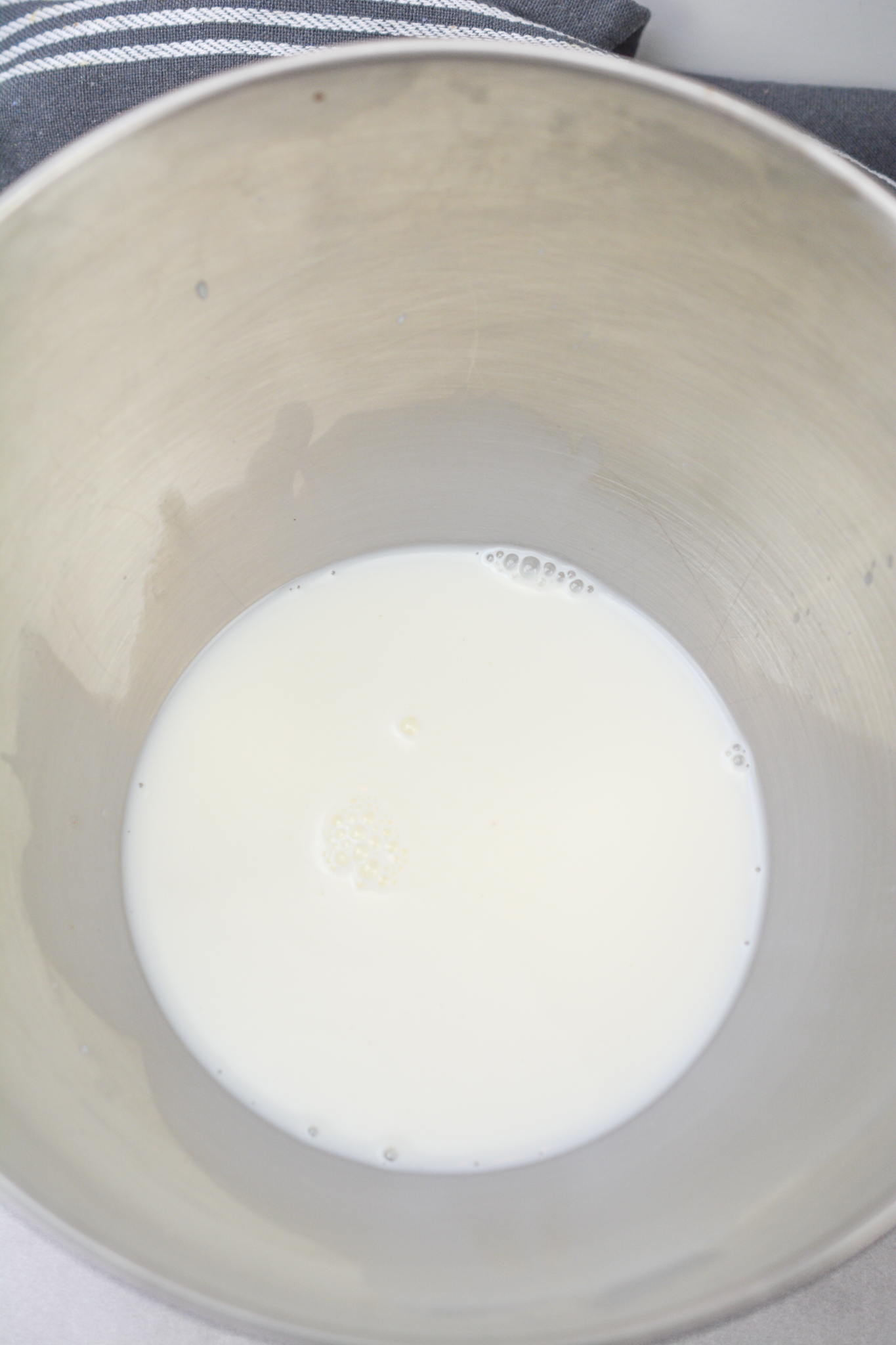 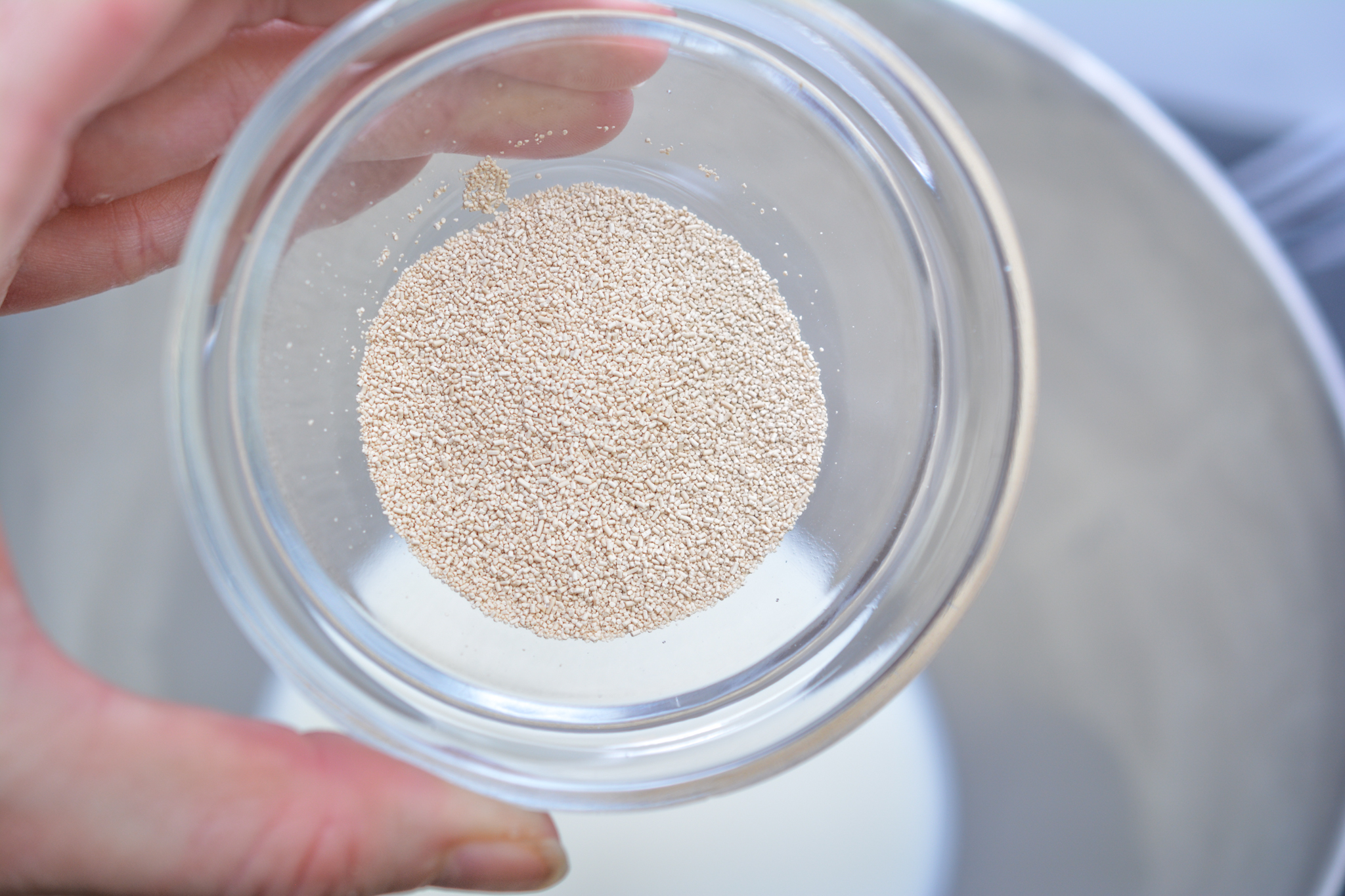 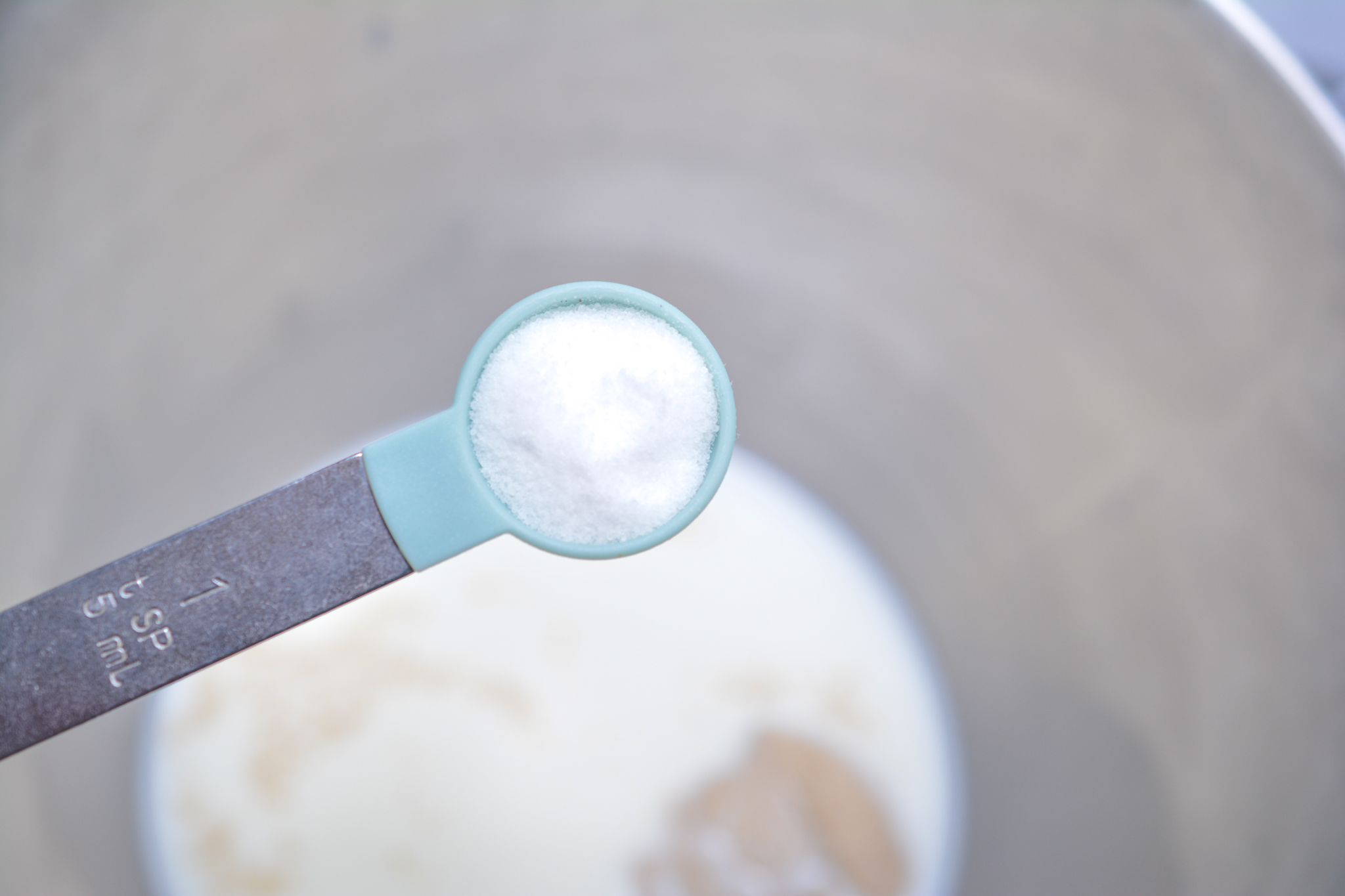 Step 2: Increase the speed to medium once the flour is incorporated. If the dough is not pulling away from the edges of the bowl, add additional flour. It should be tacky but not sticky. And it should be pliable. Simply add flour till the dough is right.

Step 3: Put the dough in a lightly oiled bowl. Cover and let it rise for 1 hour. 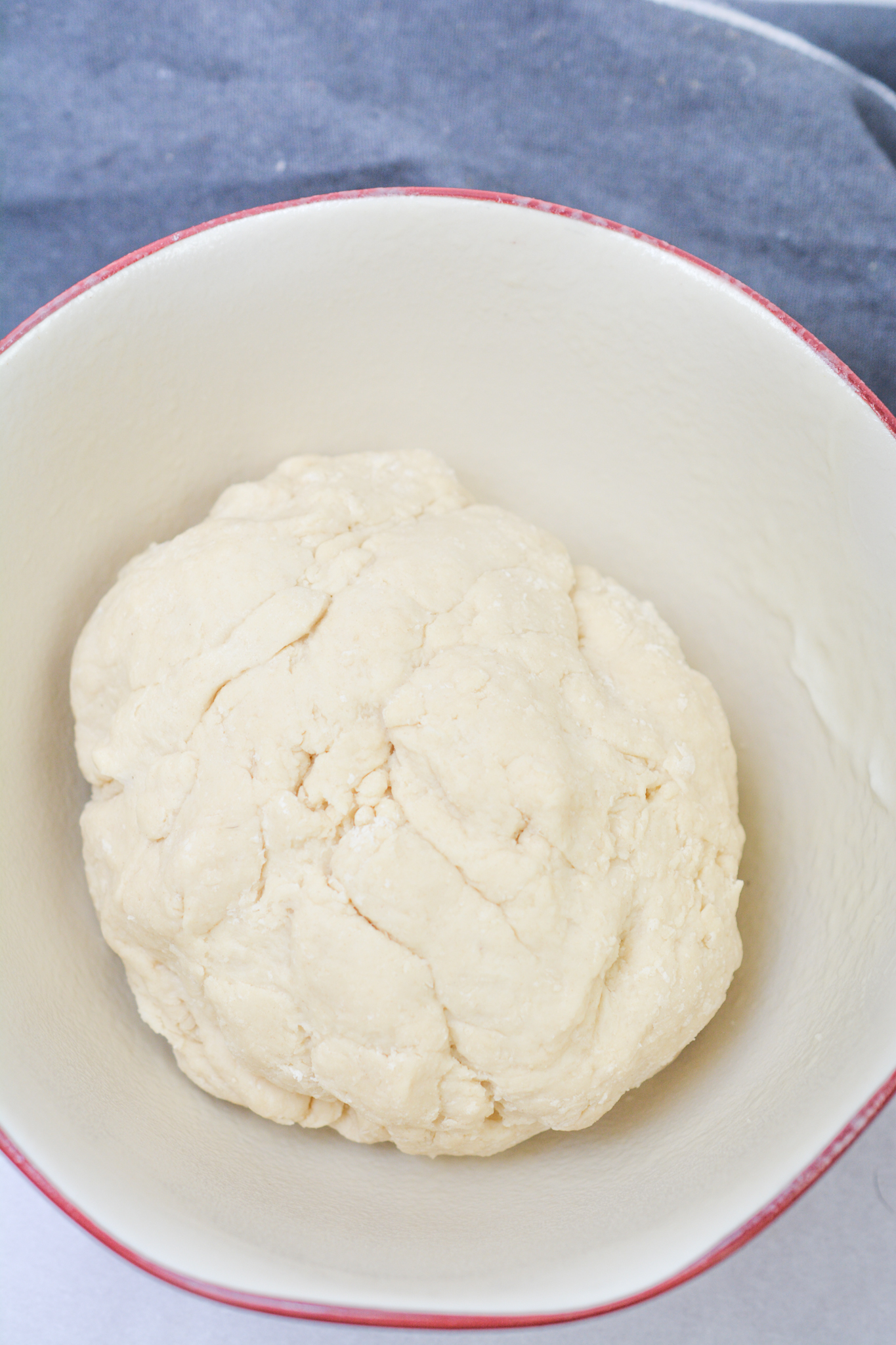 Mix brown sugar and cinnamon. Sprinkle on top of melted butter. Roll firmly lengthwise to create one continuous roll. Cut the dough into 12 one-inch pieces with dental floss or a knife. 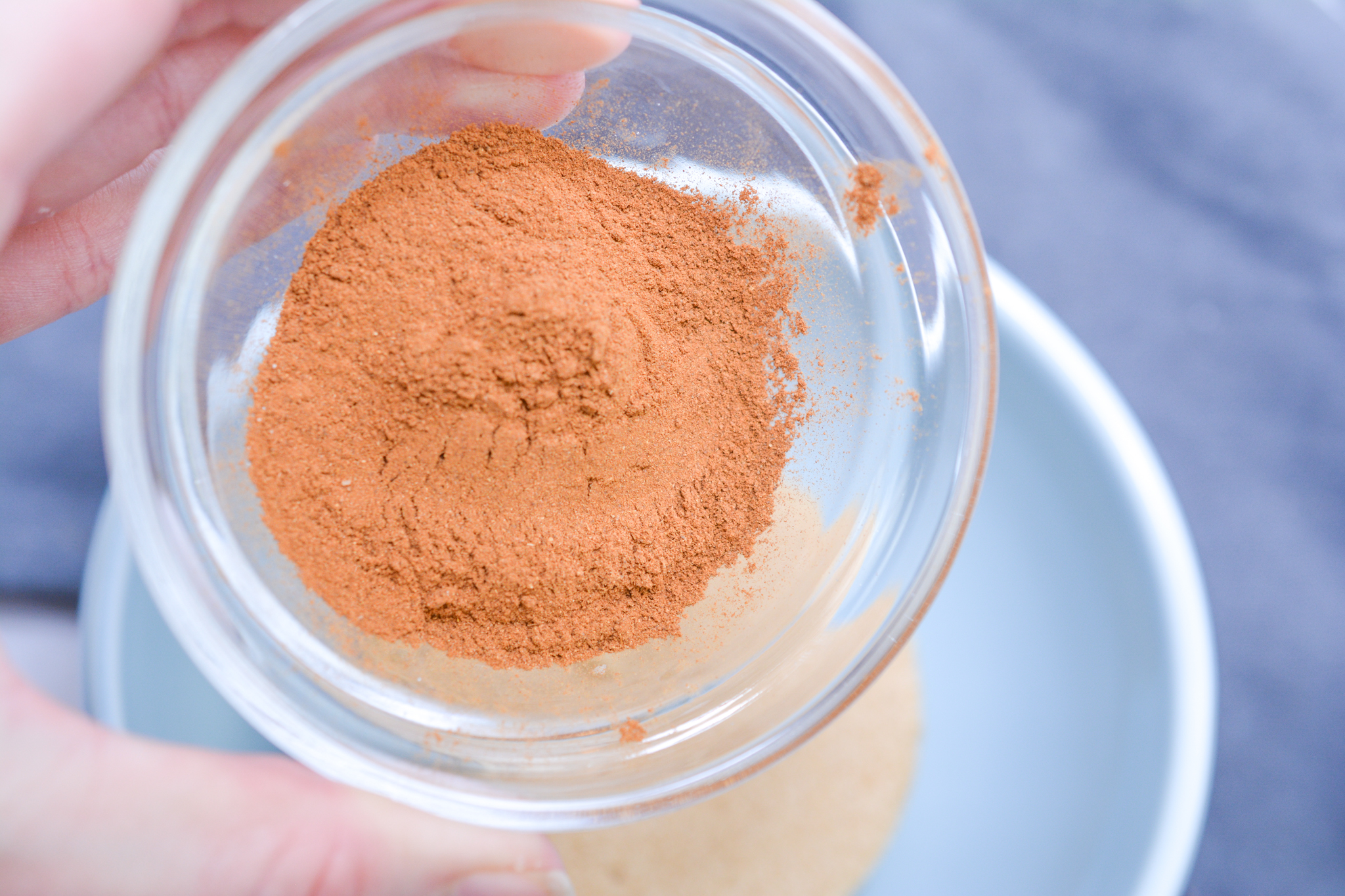 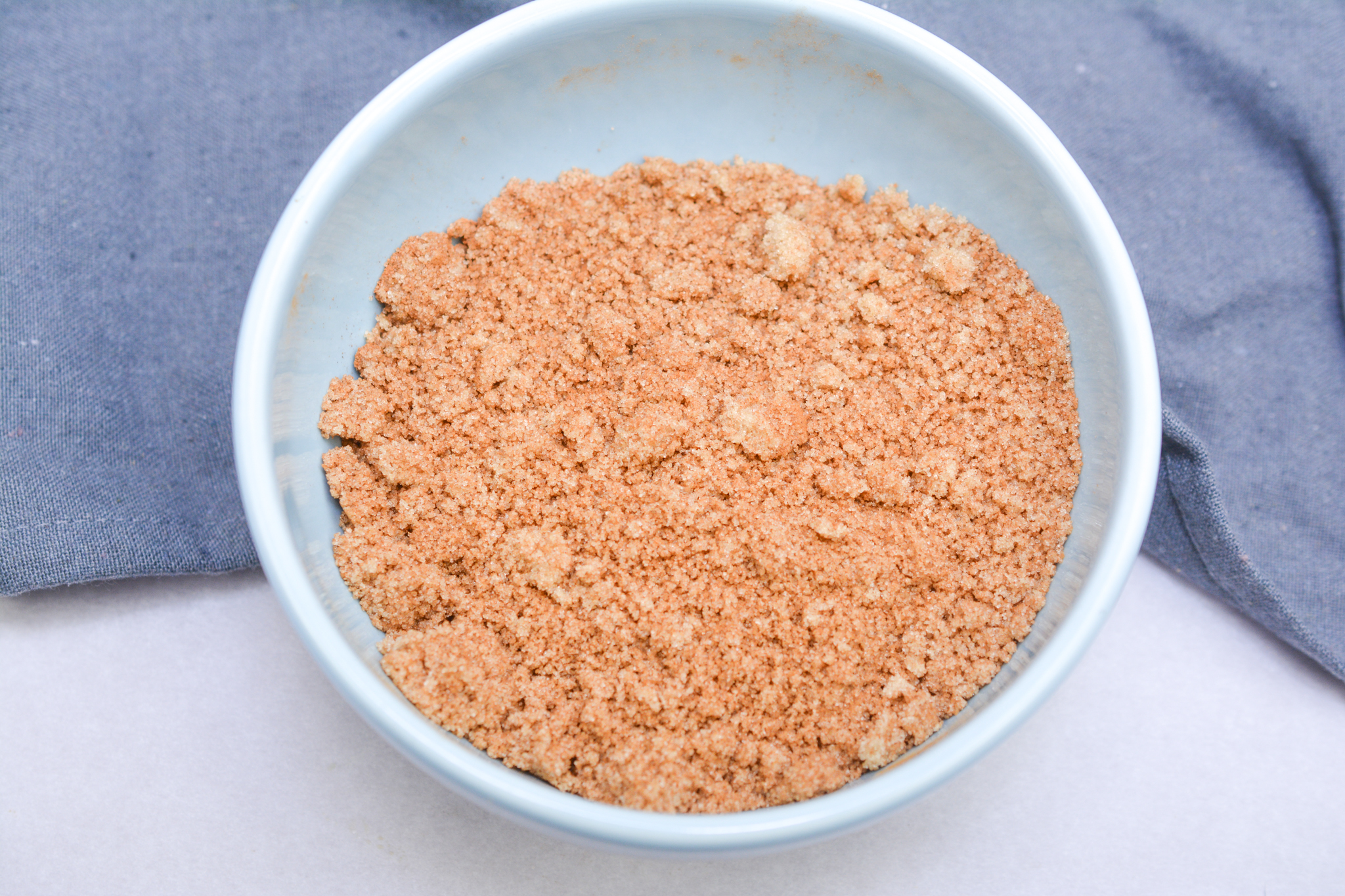 Sprinkle on top of melted butter: 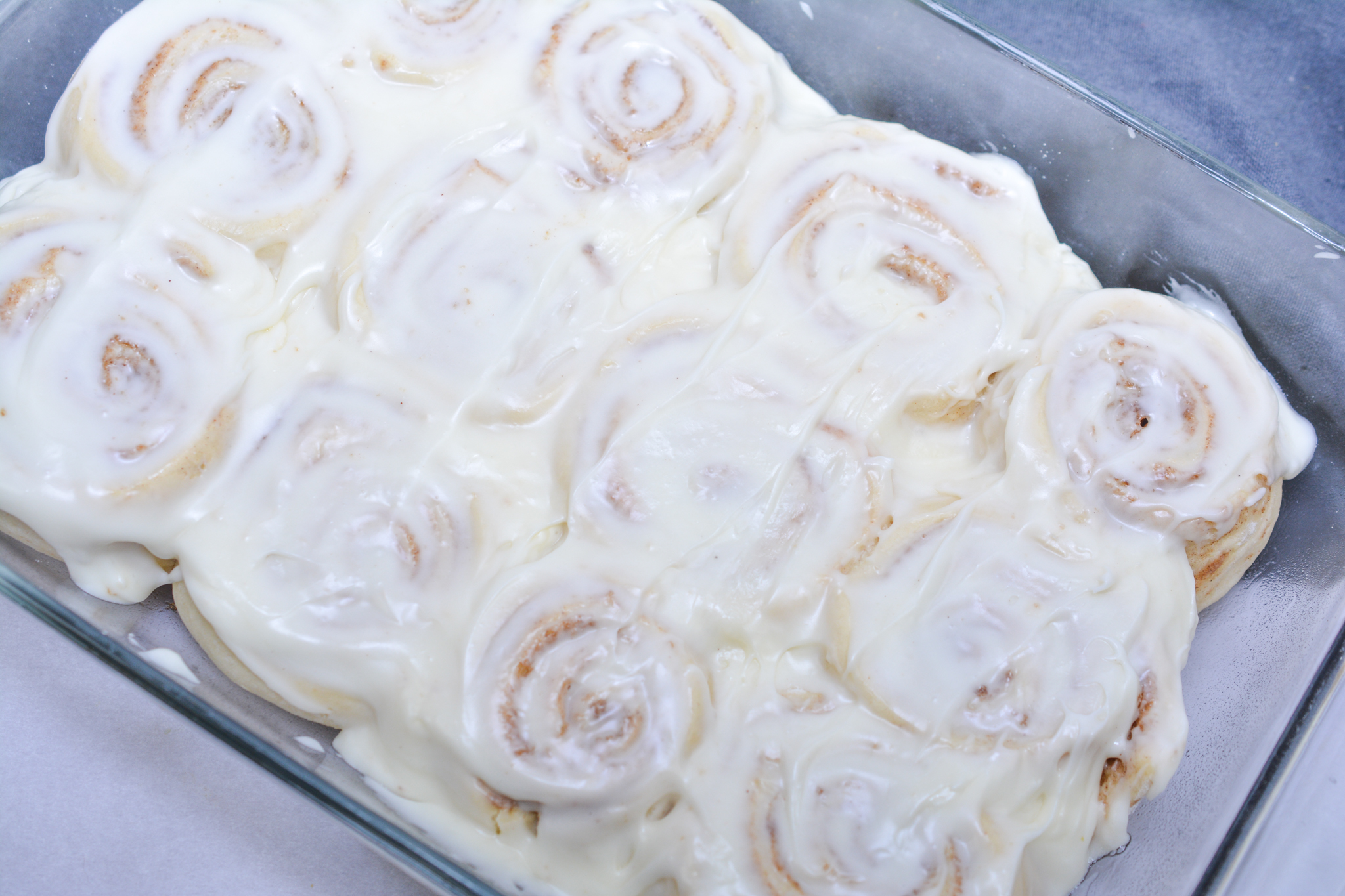 Step 8: Whip cream cheese and butter with a hand mixer until light and frothy. Mix vanilla and powdered sugar. Pour in enough milk to make a thin, pourable sauce. 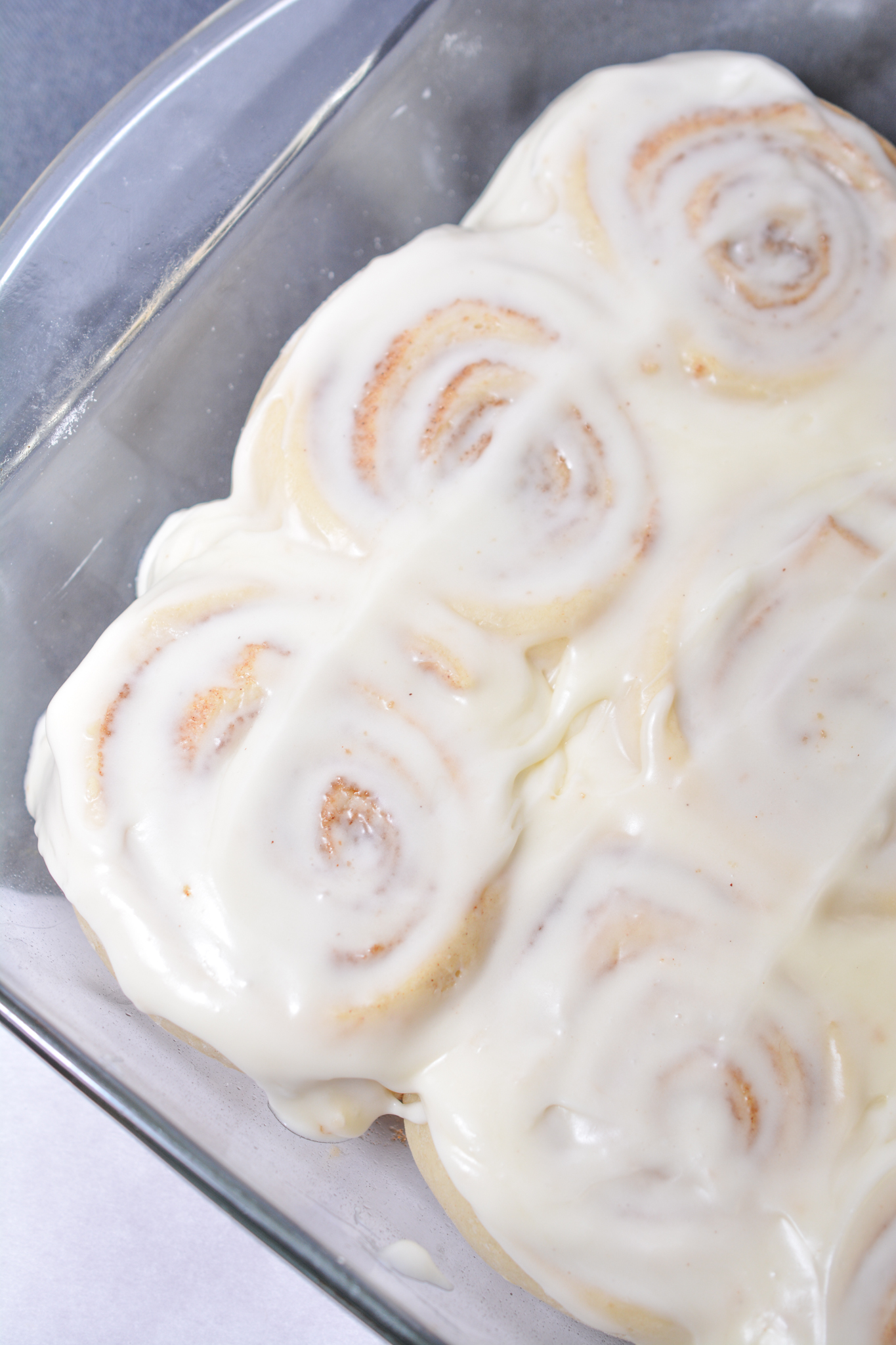 Frost the rolls while warm. Serve or store for four to five days in an airtight container.

For this recipe, you can reduce sodium for dietary reasons. Decreasing the sodium will not affect the rising or the flavor.

The scoop and sweep technique: Flour can be measured by simply filling and leveling off a standard measuring cup. But, if you want absolutely precise results, you need to weigh your flour using a kitchen scale. Even then, the amount of flour you need to add can vary, simply owing to the humidity in the air, making bread both unpredictable and forgiving. The easiest way to make these rolls is to use your sense of touch. About 125 grams of flour equals 1 cup.

Is a stand mixer necessary to make the best homemade cinnamon rolls?

The first step is to knead the dough by hand after stirring it with a spoon until you can’t do it any longer. The dough is ready when it is smooth and slightly sticky to the touch, so keep kneading until the flour is completely integrated. It requires some effort, but trust me, it is worth it!

My butter should be how soft?

The butter should be at room temperature and easily smooshable. If you soften the butter in the microwave, work in modest time increments to avoid melting pools of butter.

Either salted or unsalted butter is okay to use to make these cinnamon rolls.

Is bread flour okay to use?

Yes! Use whatever you prefer! Either all-purpose flour or bread flour.

Finally, The dough should be somewhat sticky while remaining soft and flexible. It should be barely adhering to the bowl. If you add too much flour and the dough stiffens, your rolls will also become rigid. Simply touching the dough produces the sensation of a soft roll. 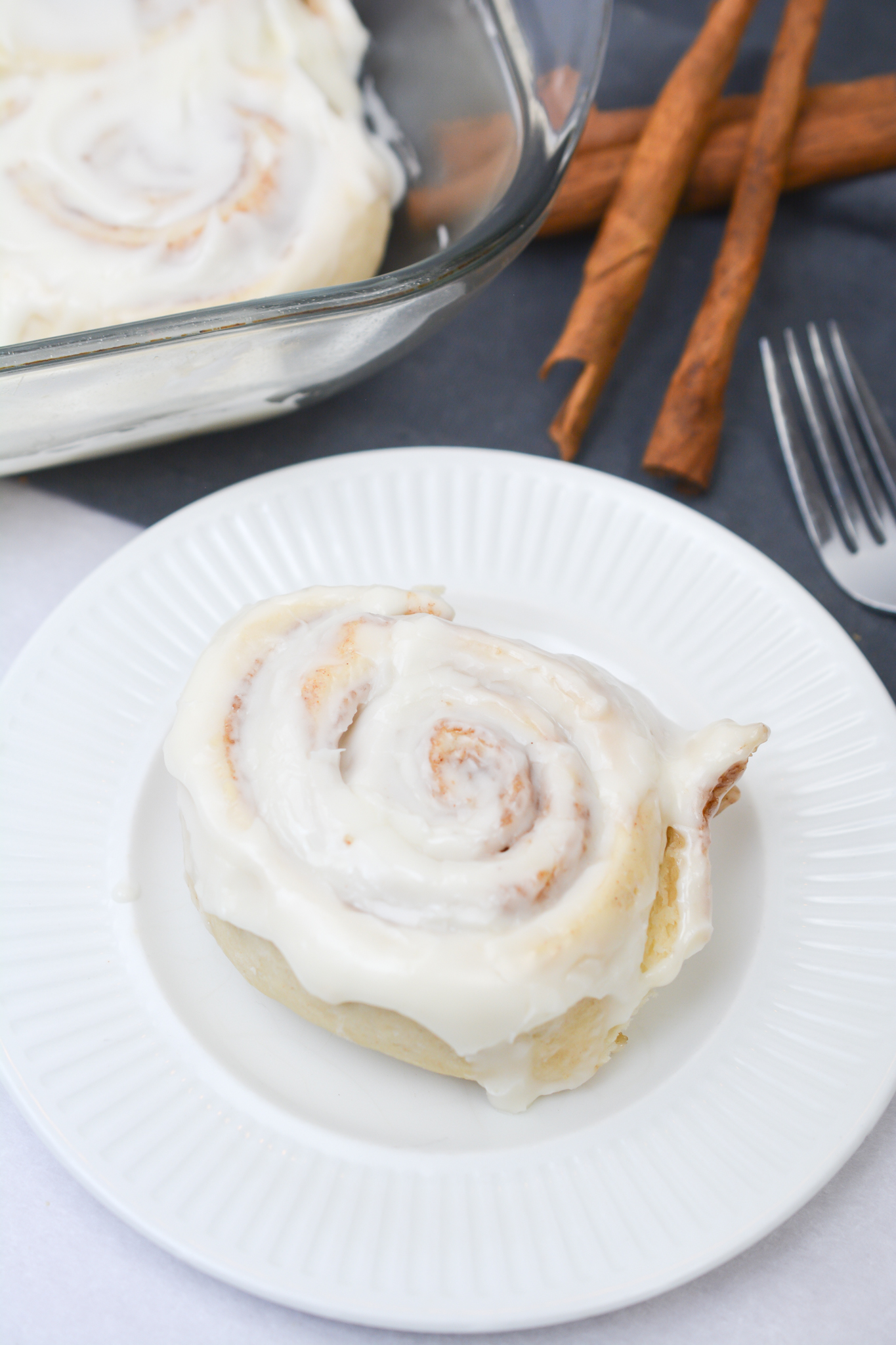 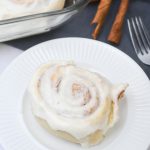 This recipe makes the best homemade cinnamon rolls I’ve ever had. The ultimate soft, fluffy, gooey cinnamon rolls are just a few steps away. You’ll never need another recipe after this one.

Place the warm milk, yeast, sugar, salt, butter, and eggs in a bowl of a stand mixer. Beat well before adding the flour. On low speed, beat everything using a dough hook.

Adjust the speed to medium once the flour is blended into the dough. If needed, add more flour until the dough begins pulling away from the sides of the bowl. At this point, you should have tacky dough that doesn’t stick to your hands. The dough should be soft.

To a lightly greased mixing bowl, transfer the dough and tent with a towel. Set aside for about an hour until the dough rises (doubled in size).

After 1 hour, punch the dough down. Roll the dough into a 12 x 18-inch rectangle. Using a half cup of melted butter, brush the dough.

In a small bowl, combine the brown sugar and cinnamon. Mix well until combined. Then, sprinkle this over the melted butter.

Tightly roll the dough lengthwise to make a long roll. Cut the dough into 1-inch pieces, using a sharp knife or dental floss.

On the prepared baking sheet, place the slices and cover. Allow the slices to rise for about 30 to 45 minutes.

In the meantime, prepare the oven and preheat it to 325 degrees.

Once the slices are ready, bake them in the preheated oven for about 14 minutes until the top is starting to brown.

Meanwhile, prepare the cream cheese glaze. Place the cream cheese and butter in a mixing bowl. Using a hand mixer, beat until light and fluffy. Then, add the powdered sugar and vanilla essence and mix well. Pour in enough milk until you have a drizzle-like consistency.

While still warm, frost the rolls. Serve right away or let them cool and store for up to 4 to 5 days.

Keep in mind that the cooking time for the rolls varies according to their size. Make sure to bake the rolls until they have just a kiss of brown on top.

TO PREPARE IN ADVANCE: Ready these cinnamon rolls ahead of time. Use either of the two methods:

OVERNIGHT: Prepare the cinnamon rolls up to placing them into the greased baking pan. Using plastic wrap, cover the rolls and store them in the fridge. Allow the rolls to come to room temperature before baking.

FREEZER: Individually freeze the cinnamon rolls. After rolling the cinnamon rolls, slice them and place them about a few inches apart on a baking sheet. To a resealable plastic bag, transfer the frozen rolls. When ready to bake, put them in a lightly greased baking dish and let the rolls come to room temperature.

CHECK OUT THESE AWESOME, EASY RECIPES:

My name is Houria and I am the owner of nodashofgluten.com, a blog dedicated to all kinds of recipes. On my website, you can find classic dishes, vegetarian delights, creative snacks, Gluten-free recipes, and desserts – all proving that cooking isn’t as hard as it seems! With easy-to-follow instructions and tips on how to make your meals even better, I strive to help everyone become master chefs in their own kitchen. Come join me at nodashofgluten.com for some delicious fun! My name is H.Margo and I am the owner of nodashofgluten.com, a blog dedicated to all kinds of recipes. On my website, you can find classic dishes, vegetarian delights, creative snacks, Gluten-free recipes, and desserts… Join our recipe list and get 10 recipes immediately in your inbox!

This website may contain affiliate links. As an Amazon Services LLC Associates and RewardStyle affiliate, we may earn a small commission for any purchases made through affiliate links. Please read our disclaimer and disclosure statement for full details.

Call me whatever you want. Just don’t call me la

I scream, you scream, we all scream for ice cream.

Are you team sangria or team margarita? I’m alwa

This pretty little thang was the best salad I’ve

Taco Tuesday is my favorite holiday 😘 If you’

🎶Raindrops on roses and whiskers on kittens, ho